Opening Doors on the Water 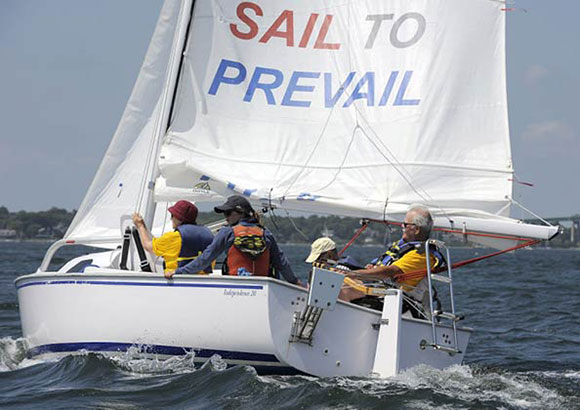 NEWPORT — Mike Guilbault looked comfortable as he sat in the green kayak, preparing to head out into Newport Harbor on Wednesday afternoon. He joked with his friends about the adventure.

“This is my first ocean kayaking experience,” he said with a laugh.

Once he hit the water and began paddling, it was impossible to tell that the Attleboro, Mass., resident has no use of his legs. Guilbault served in the Air Force from 1977 to 1981. He lost the use of his legs in a car accident after his military service.

Guilbault was one of 58 veterans with disabilities from all over New England who took part in a two-day adaptive sports program sponsored by the Veterans Administration New England Health Care System. The vets split their time between Newport, where they took part in sailing and kayaking, and Coventry, where they did some cycling and water skiing. The Newport-based Sail to Prevail hosted the sailing-kayaking part of the event.

The VA has been running an adaptive sports program for veterans with disabilities for 18 years, according to Christine Crotteau, deputy network director for the VA New England Health Care System. But this is the first year it has brought the program to Newport. The connection to Sail to Prevail was natural, since its goal also is ensure that people with disabilities understand they can take part in things like sailing and kayaking.

“We are trying to rejuvenate the leadership and teamwork skills they learned in (military service) through sailing,” said Sail to Prevail CEO Paul Callahan. “Sailing is one of the most effective ways of teaching people to overcome adversity.”

Callahan should know. He has used a wheelchair since he broke his neck at age 21. He was working at Goldman Sachs in New York in 1996 when the company asked him to take part in a fundraiser for Sail to Prevail, which was organized in 1983. Callahan came to Newport to check out the program, went sailing for the first time in his life and not only helped with the fundraiser but also got involved in the program itself.

Sailing is effective because you have to battle the always-unexpected variables nature can throw at you, there is a lot of equipment that needs to be operated and coordination between the other three members of the crew is crucial, Callahan said. Honing those skills will translate into improving the quality of life for those with disabilities, he said.

Ralph Marche, director of volunteer and recreational services for VA New England, agreed that the program is about more than just a day of entertainment.

“This is a restorative program,” Marche said. “Going through (physical thearapy) is not a lot of fun. But if I put you out in a kayak … you’re going to have the exercise and some fun. We are trying to impact lifestyles.”

Family members of the veterans are invited to take part in the program, Marche said, because after it’s over they will continue to be involved as caregivers for the vets.
“This reconnects the vets with their families and those are the perfect things to get you back into life,” Marche said.

The Sail to Prevail program has become a national model, Callahan said. People running similar programs from other parts of the country have come here to learn how it became so successful — the program reaches more than 1,000 people with disabilities a year, he said. It has a Paralympic sports club and every Wednesday night in the summer hosts competitive sailing for mariners with disabilities.

There is a mental aspect to the program beyond the obvious physical component, Callahan said. Proving to a veteran that he or she can do things like sailing and kayaking despite disabilities opens one door, but the hope is that it opens into a corridor containing many more doors that the vets could then step through.

“We want them to say, “I can do that and if I can do that, I can do other things,’” Callahan said. “Why can’t everybody have a chance?” 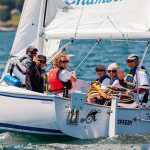 Veterans of America Sail To PrevailNews 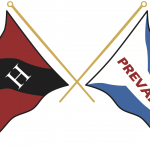